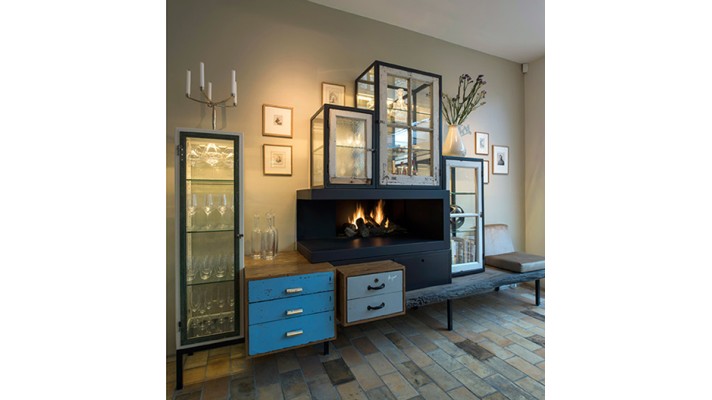 LONDON PROJECT (16.9MB)
LONDON PROJECT Without dispraising things we have done before, I would like to emphasize that this project is very special and that it signifies us staking a significant step forward. The commission to design and make a kitchen in London culminated in the fact that we practically had to overhaul the entire ground floor. We even made a stairway above the utility room, whereby these objects have become an integral part of the architecture. After visiting us, the contractor was quite satisfied that we were capable of bringing the project to a successful conclusion, but still wanted a reference. I gave two names of customers for who we had recently fitted kitchens. After speaking to just one of these people, he called me immediately to tell me that I should employ this customer as a salesman. And so we won the commission, and more importantly the client’s trust that we would make something beautiful for them. A good working practice has a great deal to do with trust, because  when you are making something to measure, it by definition does not yet exist. The entire process is therefore uncertain at every level and trust becomes an essential component that cannot be based on certainties. 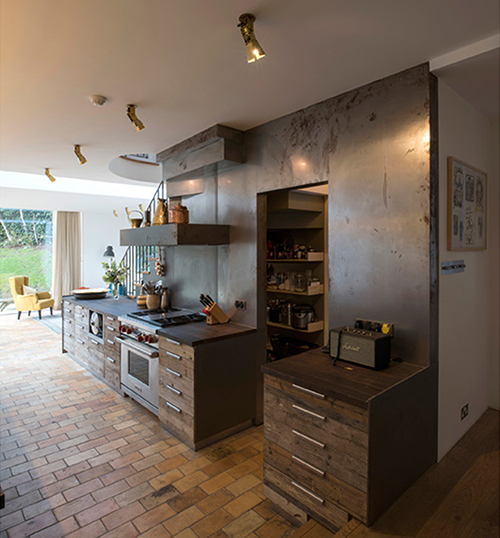 When I went to visit the location, the whole house turned out to be completely stripped, with the walls in the basement barely standing upright. Two thick steel posts with cross-beams had been placed to support the front and rear facades. The basement had been completely gutted, extended and deepened. In fact, the entire house in London had been turned inside-out. The posts in the space could not be removed and thus became annoying in-the-ways. But the basic idea for the kitchen was born: we decided to make a worktop that would be suspended between the posts, which immediately gave them a function and made the whole design more logical. The customer also wanted the stairs leading upwards to be expressly incorporated into the design, as they would act as a connecting element between the two living areas. We eventually created an integral design in Corten steel and oak for the stairs and kitchen. One stair was lengthened to house the extractor fan. The turn of the staircase, which did not fit into the basic block, turns in steel into the plastered ceiling. In one of the sketches I had drawn a kind of random, chaotic setting instead of a traditional fireplace against the opposite wall. This sketch actually became the starting point for an old door and window cupboard with a fireplace incorporated into it. 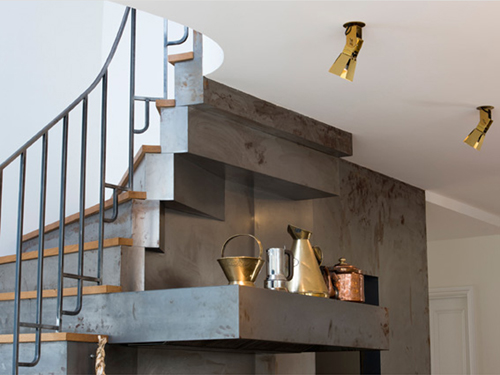 Everything was carefully constructed down to the last millimetre in our workshop and then fitted on location. Everything was made to measure, every detail drawn out, nothing standard and for the very first time a total design in which architecture and design were completely integrated without having to compromise on detailing, materials and especially focus.
This is now within our capabilities and I do not think it would have been possible before now. I could not have come up with the concept, but our team, who actually had to develop and make it, could not have achieved this before now. The funny thing is that a commission like this is only possible if all disciplines are permanently present under one roof. The concept of doing everything yourself, from initial idea to completion, is really starting to pay off! The constantly growing possibilities that come to light through combining everything under one roof, which is exactly our concept, came into existence by accident because we just like doing everything ourselves. 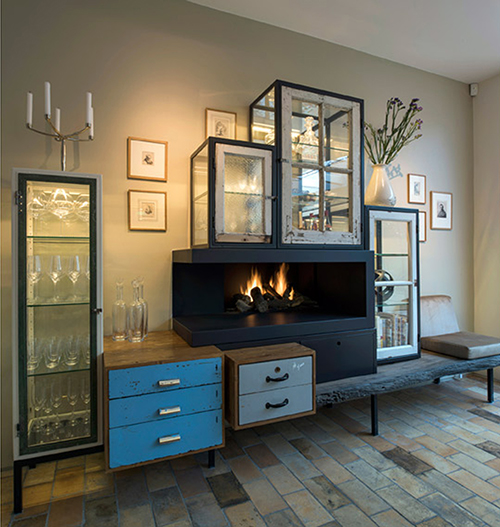