The first solo exhibition in the complex will feature work by Guido Geelen, who will be exhibiting his most recent series of ‘New sculptures’. Six sculptures will be on display for this exhibition, representing figures, both male and female, made up of fragments and incorporated into a brass and glass construction designed by Piet Hein Eek. 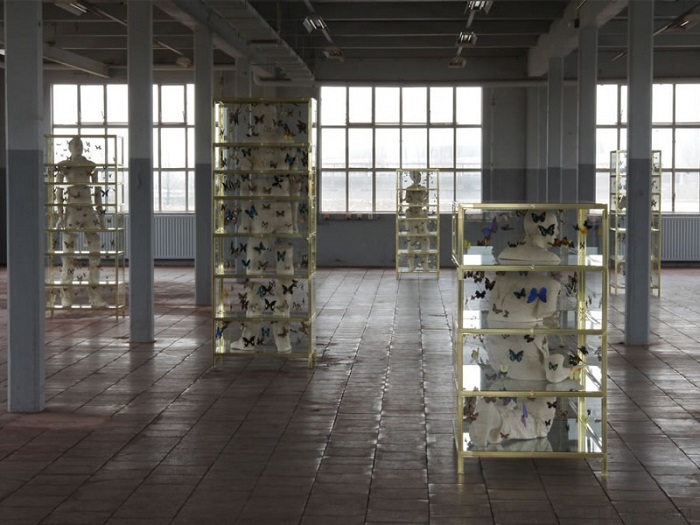 Carefully positioned and, in a number of instances, exhibited in their naked truth, each of these sculptures tells a wordless story. The butterflies form an imaginary shield around each of the figures and represent the butterfly population of each continent. One of Geelen’s goals with this series is to draw attention to the rapid vanishing of more and more species of butterflies in the world. This series has come into being over the course of the past six years.

The models were first cast in moulds, which were then used to shape the clay. The resulting pieces were then pierced with innumerable holes with great precision. After these pieces were fired, a butterfly expert was brought in to find registered and unprotected butterfly species for each continent that together represent an up-to-date overview of the current butterfly population. 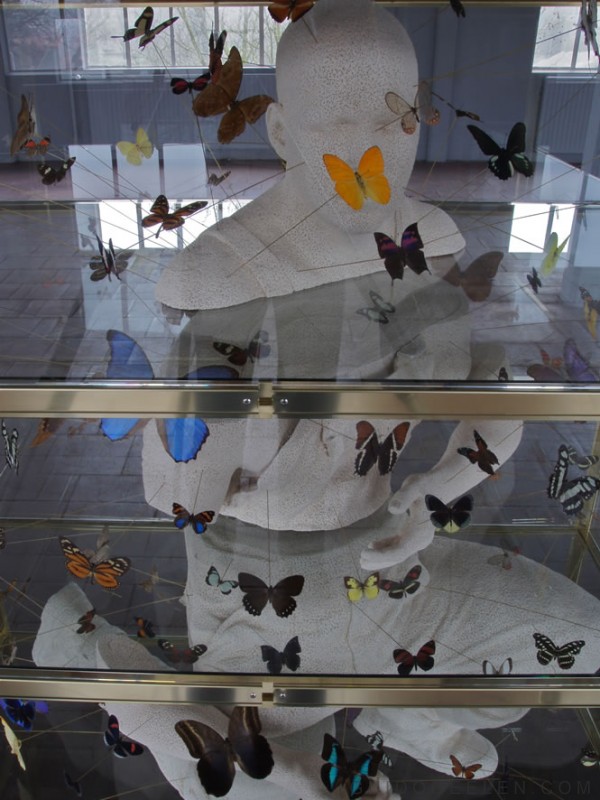 Piet Hein Eek, a designer with whom Guido Geelen collaborates on a regular basis, designed the structural element in the form of a brass and glass display case, an integral component of the pieces.

The exhibitions
‘The Prologue’ and parallel solo exhibition of Guido Geelen’s ‘New sculptures’ will be on display from 23 January to Saturday, 26 March from Monday to Saturday from 10 am to 6 pm.

For more information and photographs click the following link.

Download here the publication of Guido Geelen by Philip Peters.