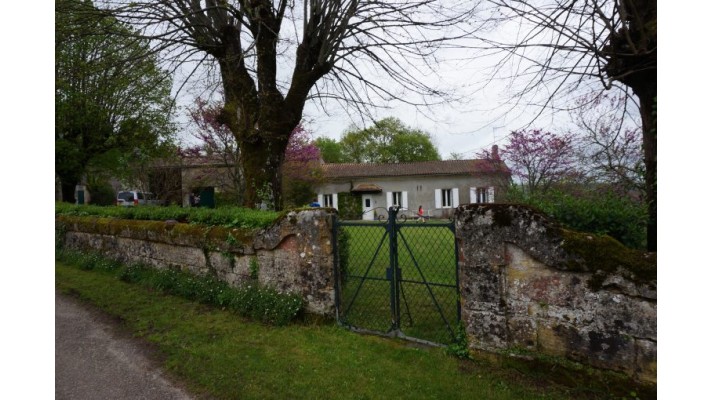 Following the holiday home in Mavaleix we were called by an English couple living in France. They have purchased a piece of land with an old 17th century farm that overlooks the vineyards. The existing farm has a wine cellar, two barns and is characterised by its varying height differences.

Various different families have lived there over the years. The last family carried out the most recent renovations. The original stable thereby became the living room. Most striking are the small rooms that were built later. The coherence of the large volumes is thus completely lost. The thick stone walls that run through the farm are repeatedly interrupted and the special wooden roof structure has been hidden under a suspended ceiling.

As there are so many smaller rooms, the orientation to the sun and the view of the vineyards is no longer present in the building, which is of course a great shame in such a beautiful location.

Our design mainly involves the rigorous demolition of everything that has been added later, so that the original architecture is once again revealed. Most of the suspended ceilings will be removed and the numerous small rooms will make way for a large, open and airy living space. The living room and kitchen are oriented towards where the sun sets, providing a beautiful view. The living room gives direct access to the garden, the wine cellar and the terrace. It will literally become the central space within the complex.

The barns form separate units in which there is space for a bed & breakfast. The various functions will be visually linked together through the creation of a central corridor, which the stone walls actually already created.