It goes without saying that there is a great deal to write about when it comes to the collaboration with IKEA. Why did I actually choose to do this at the time? The question suggests that such a collaboration could have a negative result. We make exclusive objects and IKEA makes very affordable ones. And perhaps also because failure on the highest, or at least the widest, stage in the world is not a pleasant prospect. Things can get very complicated if you do not exercise your profession due to a fear that you have not mastered it sufficiently. I actually did it because my IKEA designs will be available to a much wider audience and the opportunities with such large numbers are completely different than what I’m used to. We really try our best every day to create affordable products but this is very difficult if you produce small quantities in the Netherlands, like we do.

And why did IKEA want to work with you? Because they are just about the biggest and basically have no competitors. Collaboration for them is a way of looking in a mirror, shaking things up you could say, bringing a Horse into Troy on purpose.

How did the collaboration come about? Because I met Karin Gustavsson, a division head at IKEA, time and time again at the Salone del Mobile (the most significant annual furniture and design fair in Milan) and we clicked. Having spoken to her a few times about a possible collaboration, we just got started. Karin gave me the task of designing for the Jassa collection, which will be launched this month. 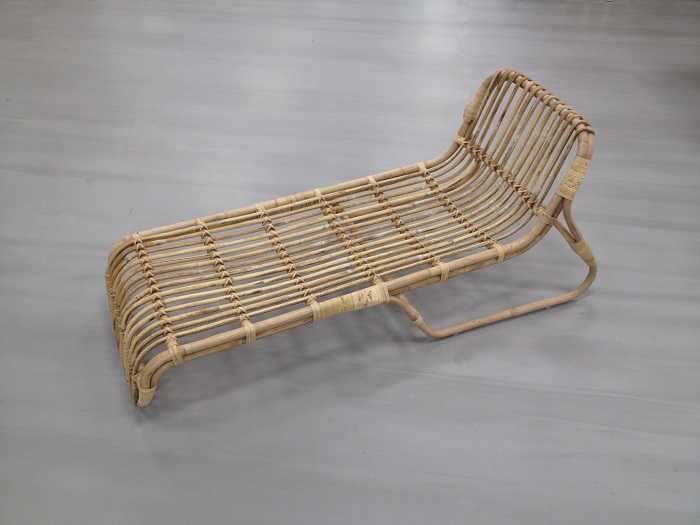 But there will also be an Eek collection? Yes, because I did not want to work together on a short-term basis. Within the framework of a sustainable collaboration, I thought that we should get started with a collection designed entirely by myself. I had various ideas, including a series of ‘hand made – serial produced’ objects. These are hand made shapes that are crafted in large quantities in a normal production process. The price therefore remains low but you still get a product that has a hand made feel. Karin knew that Marcus Engman, the creative director of IKEA, had been struggling for years with the possibilities of mass production while retaining the character of a hand made product. After a meeting at the IKEA head office in Älmhult, we were given the task of creating an Eek collection.

Is it different designing for IKEA? Actually not at all. Like us, IKEA focuses on the process from idea to consumer, whereby there is considerable understanding for considerations on both sides. During the journey back from the meeting in Älmhult I sketched over 10 designs, which I then sent to Karin the following week. There were three themes: “hand made – serial produced”, ‘do not throw away’ and there were also factories that needed work, within the framework of good IKEA commissioning practice. 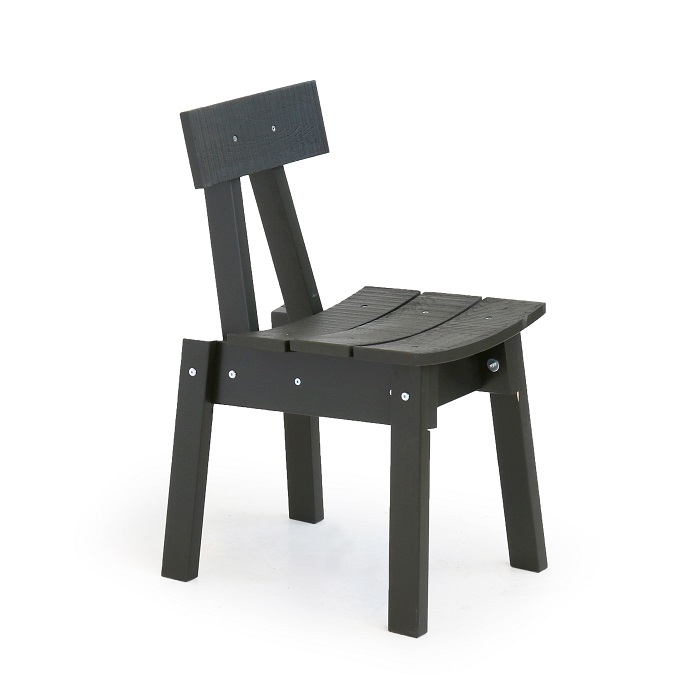 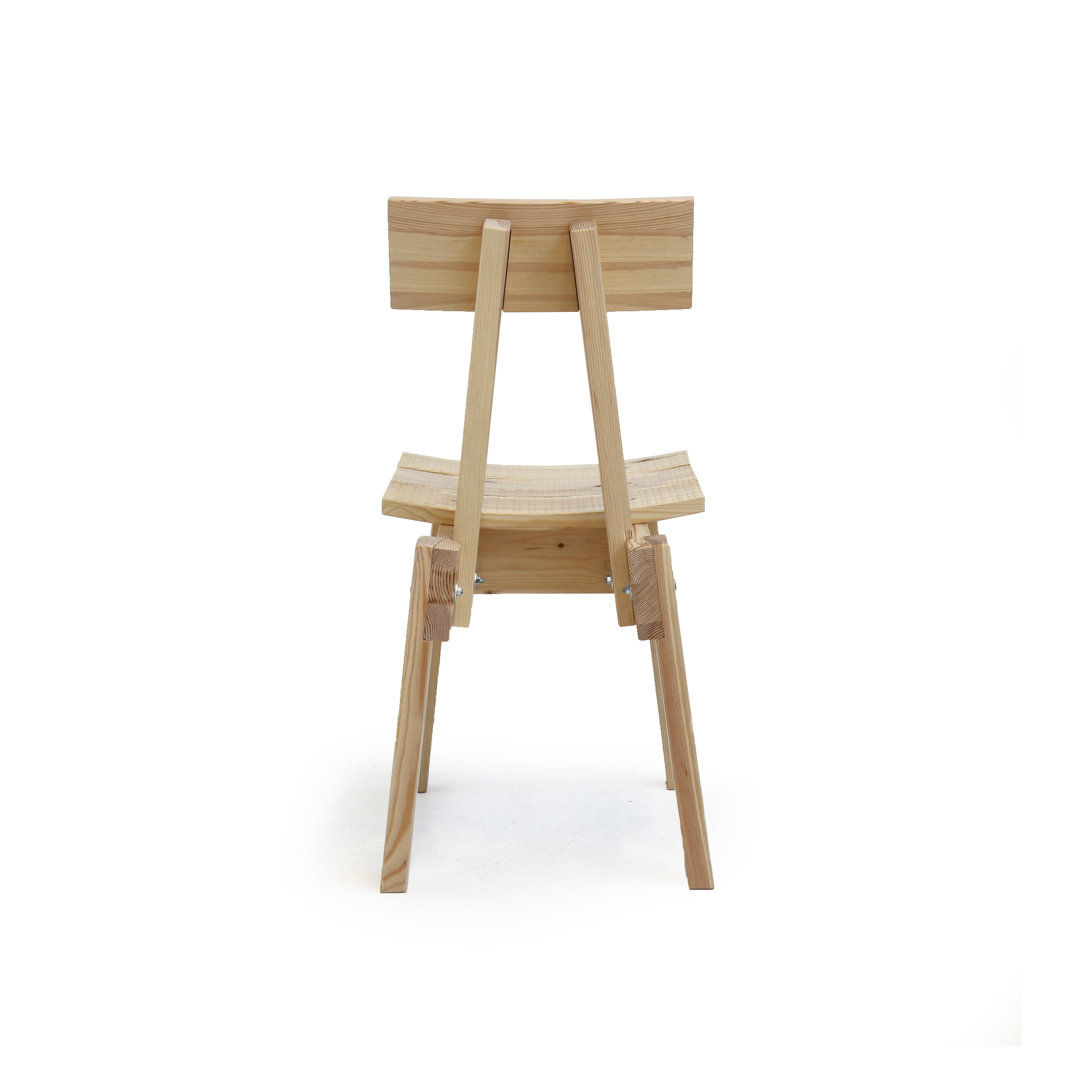 The latter, good commissioning practice, is actually a nice story. When the first shop burned down in the early years of IKEA, the factories in Poland helped Ingvar Kamprad, the founder of IKEA, to deliver new stock without immediate payment. IKEA wouldn’t exist today if it weren’t for those factories. Such pine furniture is now out of fashion and it was down to me to think of something that is currently desirable and can be produced in these factories in Poland.

And how did the design and development process take place? What has struck me most is that IKEA, despite its large quantities, actually still focuses on traditional production processes. Due to the large quantities they can work extremely efficiently. But most of my designs for IKEA are crafted in traditional factories, where a huge number of people work. So no high-end computer-driven production, whereby design primarily takes place up front. Several designs have been discarded because they were tricky to develop.

I later realised that IKEA constantly launches new products and collections and thereby relies heavily on the available knowledge and is therefore less engaged in innovation. At first it irritated me a little to think that a collection is brought to the market for just one season or even a few days. Such a waste of all the work involved in creating it. But when I realised that the smallest series of my designs for IKEA will total 45,000 pieces, and that our best selling product in the past ten years has sold around 5,000, I came to the conclusion that IKEA actually develops its products much more efficiently that we do. 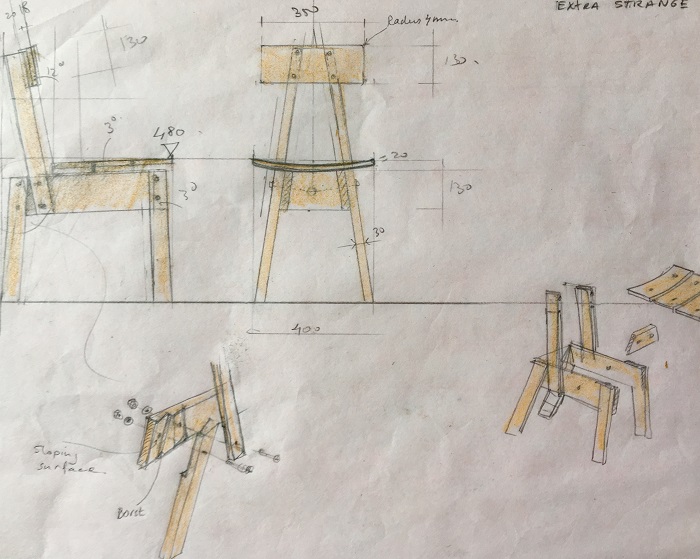 Depending on what they already know and thinking that something is only possible if it has already proven itself can sometimes have amusing consequences. Making something new can then never be made, because new has by definition never proven itself. The timber joints I have devised have been made with great reluctance in the factory and scepticism from the experts. The detail was childishly simple: a slanting contact surface with chest. The components are pulled together using one bolt. A limited number of fixing accessories can be useful in a product that had to be collapsible. As the wood is slanting, the force is applied to the whole surface instead of a localised force on the bolt. And an added factor is that pine is extremely soft. The chair has brilliantly withstood the IKEA testing. In a nutshell, this process is exactly why IKEA collaborates with an external designer: to shake things up!

Are there more Trojan Horse examples? The best example was with the vases that we crafted by hand. I wanted to have as many different styles as possible. On the shelves in the shops, this then gives the impression that they are all different. The packaging and display methods turned out to be a hilarious topic of discussion. 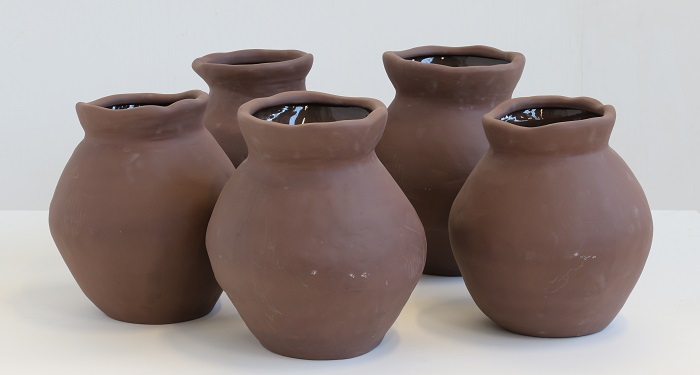 The problem was that when people choose a product, they will have to see the vases and it would become a big mess in the shop. So the choice had to be limited. The logistics of the company was therefore in complete contradiction to the idea of selling products that are hand made and from which a choice can be made. At a certain point I deduced that this case was a great example of exactly what we wanted to achieve and that we should just produce the vases and put them in the shops. The moulds in the factory had to be interchanged, the vases were randomly placed on pallets when packing and in the shops we just have to let the customers do their thing. Delicious anarchy. Everyone agreed that it would probably be fine, but more importantly to just let it be.

I was also asked to design textiles that could be woven on jacquard machines in a factory in Russia. This technique allows us to weave flowers and other complicated patterns. The theme ‘hand made – serial produced’ once again delivered results and in this case it was ‘hand drawn – jacquard woven’. My idea was to hand-draw stripes and blocks, which is actually not possible as none of the stripes or blocks are straight or uniform. The weaving technique made it possible for us to weave the misshapen stripes and blocks. 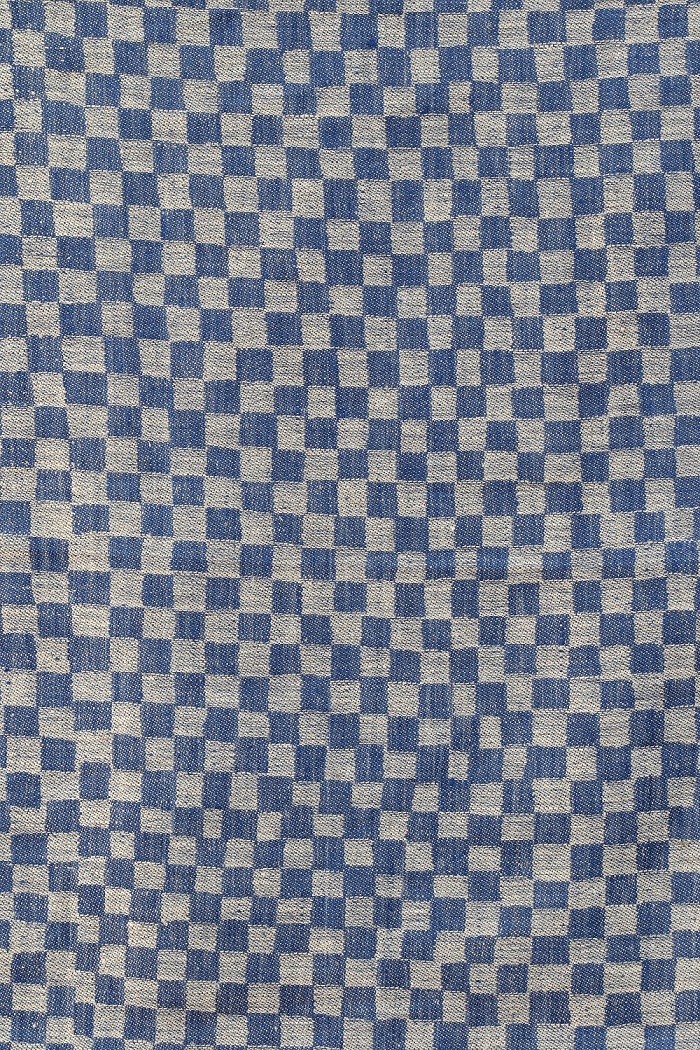 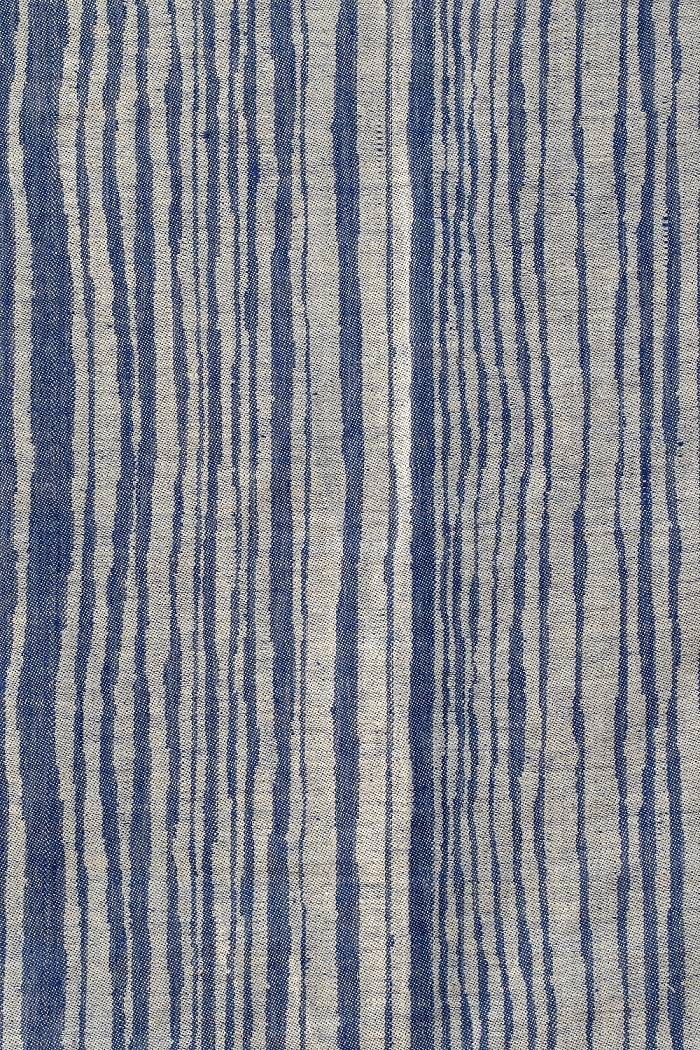 It took ages before the first swatches of the stripes were ready. But the first tests were beautiful and very promising. Somehow or other the blocks were trickier to make, and months later there was still no digital version of the drawing. Eventually we intervened, scanned and digitalised them ourselves and sent them on. Apparently that solved the problem, because shortly afterwards we were sent a block-woven tea towel. Of all the designs, this fabric perhaps comes closest to what Marcus had in mind, a mass-produced product that feels like it is hand made.

What was the biggest difference between IKEA and Eek? Again, that is linked to the numbers. Every risk for IKEA, however small, is realistic. For us, if there is a small chance that something can go wrong, it probably won’t happen, but at IKEA it almost certainly will. And they are in the particularly vulnerable position that it is easy and attractive to claim from a large company. At IKEA, risk is part of the design and development process. For us, it is a question of using our common sense and just trying. The small quantities and gradual introduction of our products means that the risk and potential damage is limited and in principle we can always make adjustments.

When we bring a product to the market, we first make one to display, and then only after we have received orders will we start production. It is also often made to measure. Last week I made the drawings for the furniture we will be presenting in Milan – that’s just one month in advance. At IKEA it takes over a year. After the design has been approved, gigantic quantities are made, which takes six months, and then these products have to be distributed all over the world because they have to be available in shops for the introduction. They are now producing the collection that will be available in shops next year. 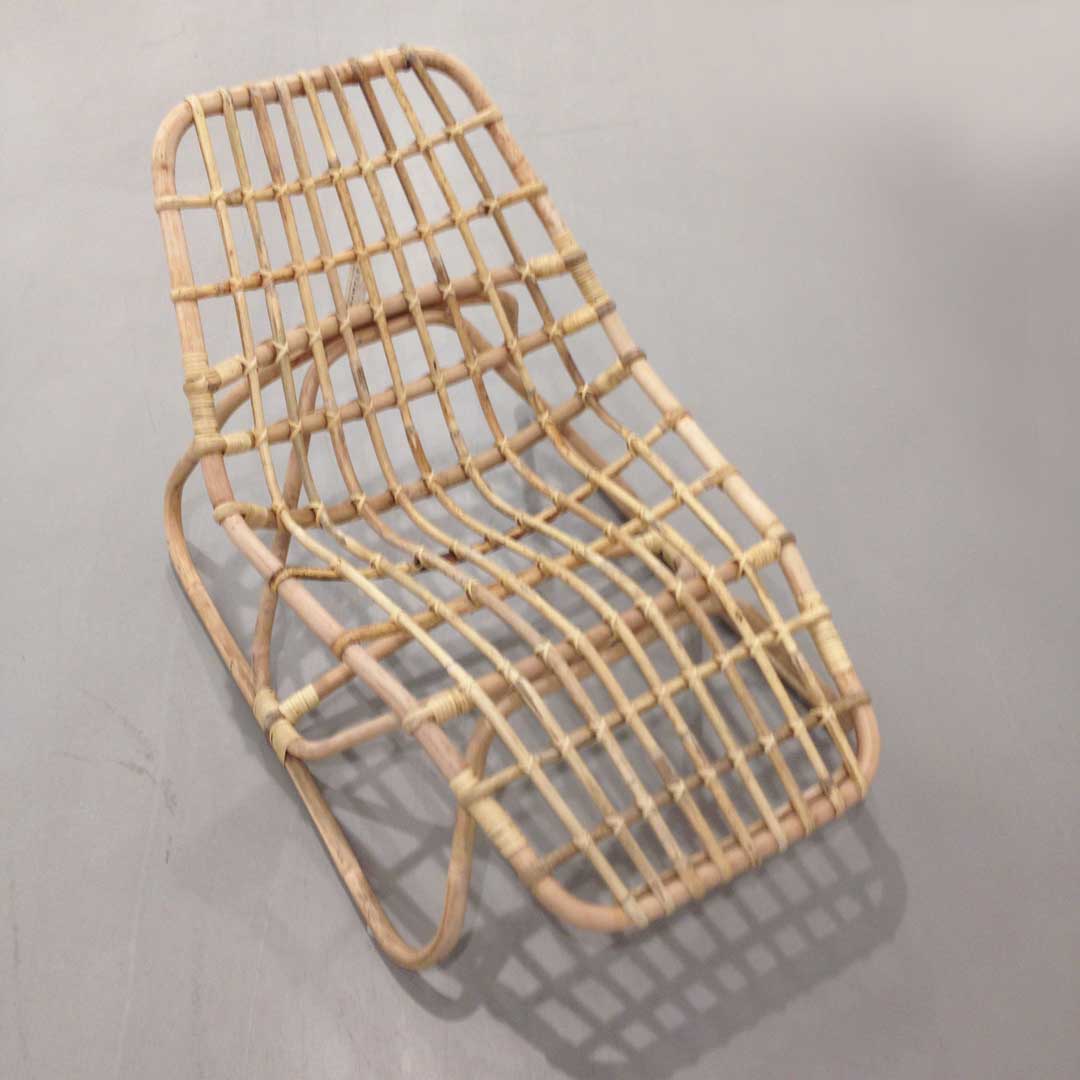 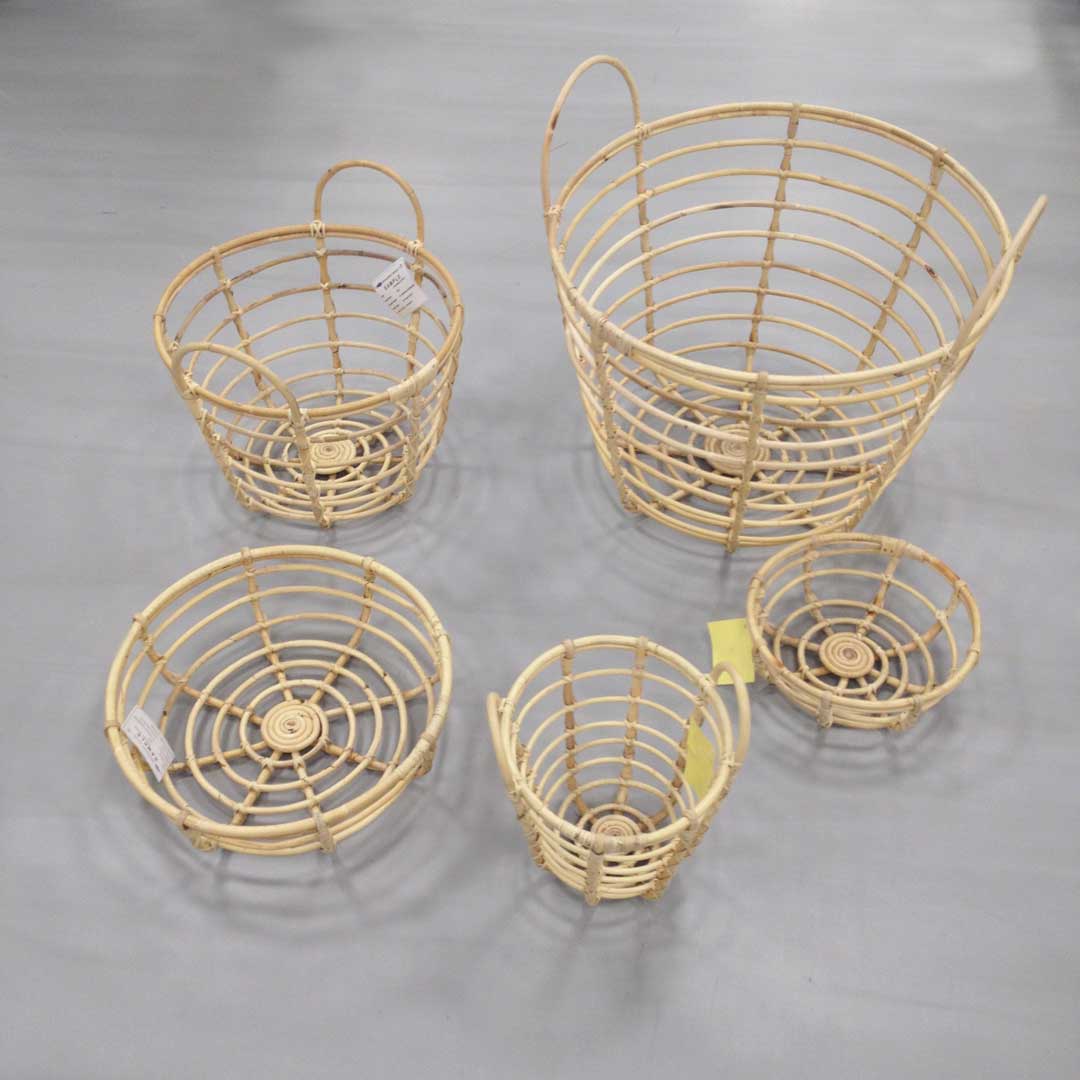 And the Jassa collection that is being introduced in Eindhoven today? It was designed more than a year ago. My contribution to the collection is several pieces of rattan furniture. A chair, a lounger and a series of baskets. The designs all took shape in the factory in Indonesia, where it turned out they did not want to make my designs because I had devised a collection made from steel and rattan. They wanted it to all be made in one factory, without outsourcing the manufacture of parts. The steel-rattan furniture was actually hanging on the wall in the factory. 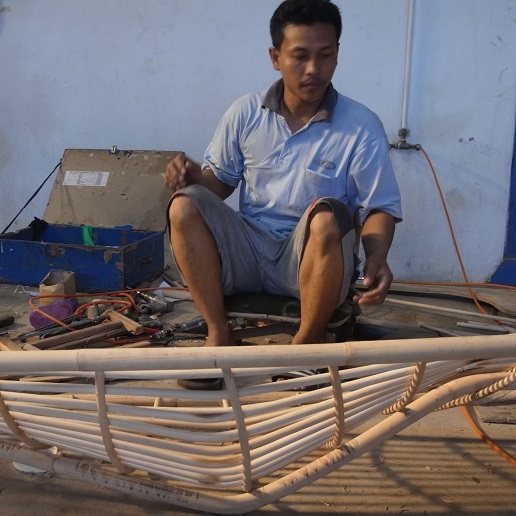 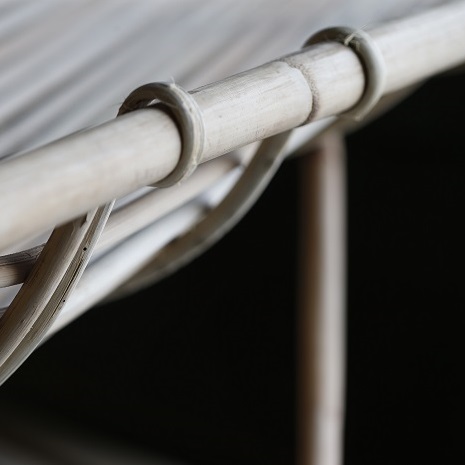 In this factory I saw a detail of pink thick bamboo. This material is usually used as reinforcement of the main structure, to which the typical fibre is applied. With the lounger, chair and baskets, the pink, thick material and what can be done with it form the basis of the design.

And that is also an answer to a frequently asked question: how can you recognise the ‘Eeks’ at IKEA? In that I, as always, create from what is already there. New is not a goal in its own right, but the result of a process whereby the existing elements and the possibilities form the starting point.

Why a question and answer with yourself? Because these are the questions that are always asked!

<< back to blog posts