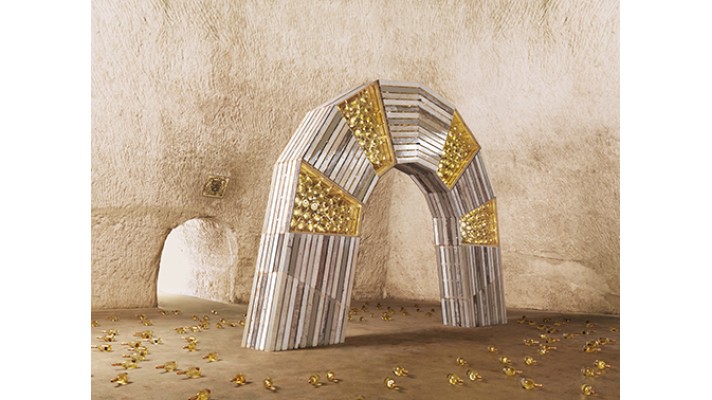 The shape of the box of the Blanc de Blanc champagne is based
on the shape of the bottle. After all, if large quantities need be
stored and transported, it would be a shame to be transporting
air. So we designed the box to fit as tightly as possible around
the bottle. This resulted in a pyramid-like shape that can be
stacked very compactly. The shape is also reminiscent of the
keystones used in doorways and to make bridges (in larger form,
of course) in the past. Arches, circles, wheels, entire towers or a
life-size arch like the Arc de Triomphe (to keep things French)…I
could picture it all in my mind’s eye. The box was like a building
stone, like the stones from the Ruinart quarries. But the design
did not end with that one wooden box; it developed into a
complete campaign peppered with history. A ‘complicated’ story
emerged that, fortunately, resulted in an order: Ruinart ordered a
gigantic number of boxes in various versions and human-sized
building stones for making all kinds of structures, including the
‘Arc de Triomphe’ several metres high that I had envisioned. 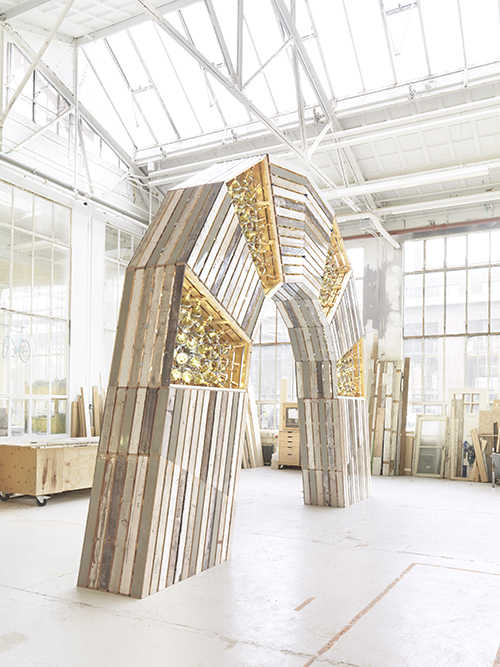 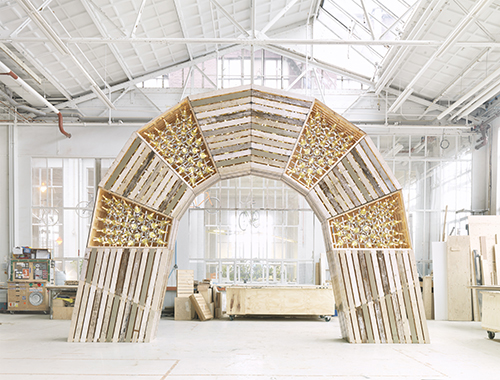 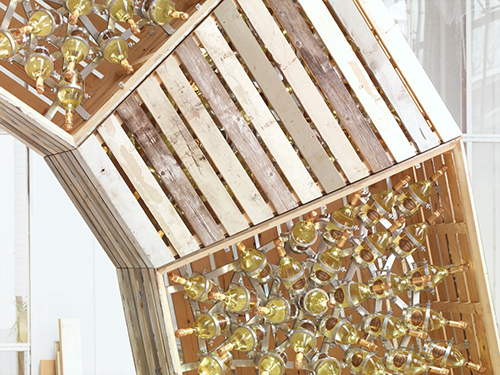 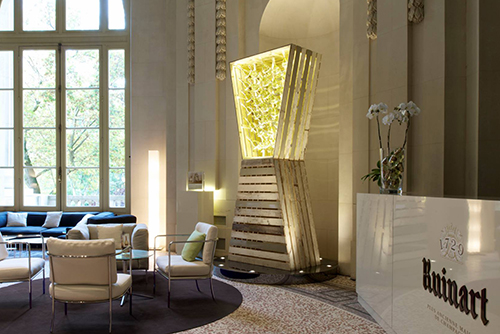 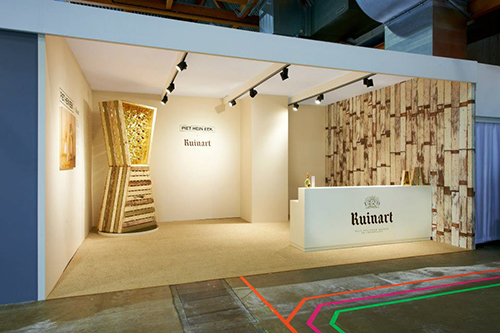 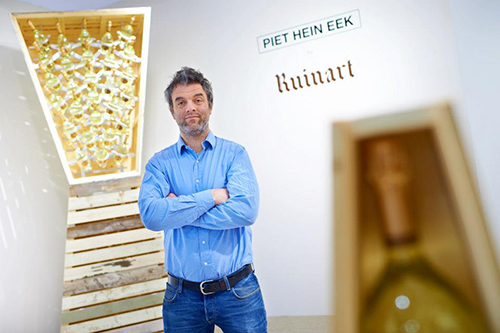 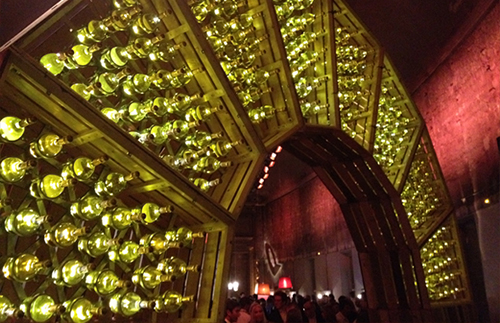 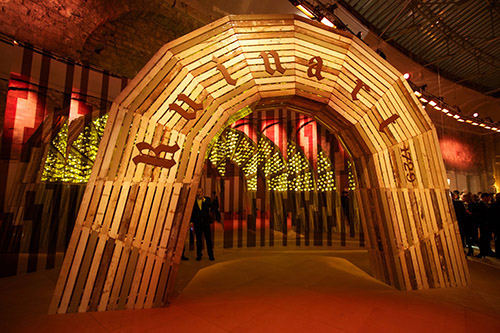 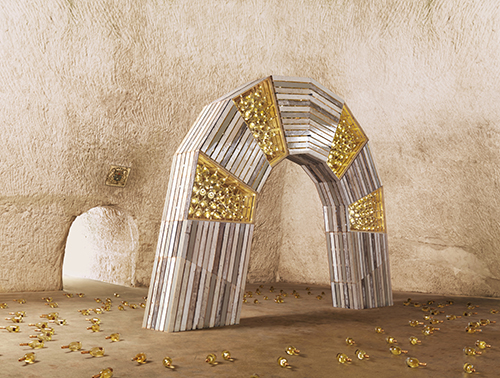 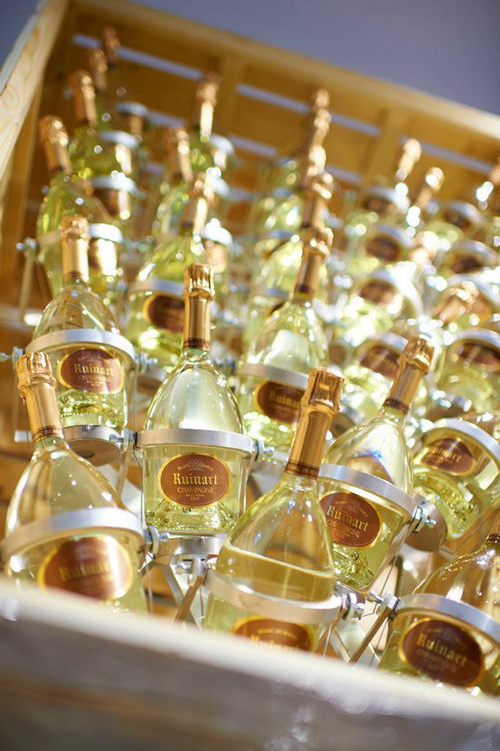 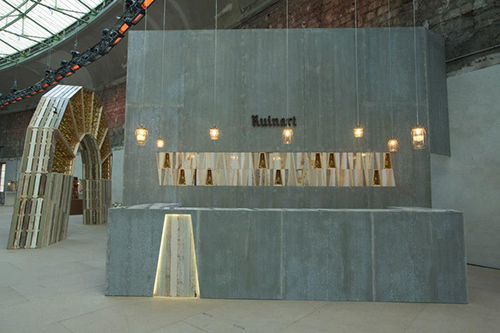 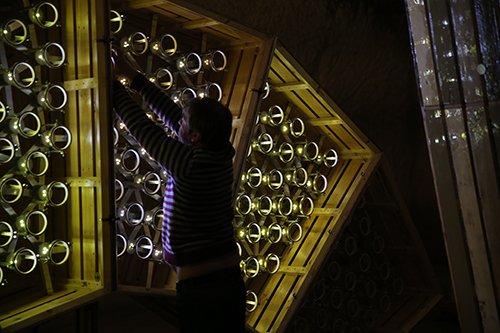 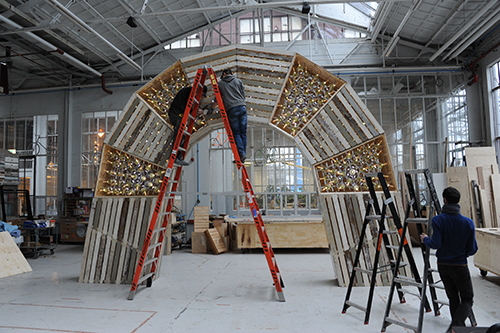