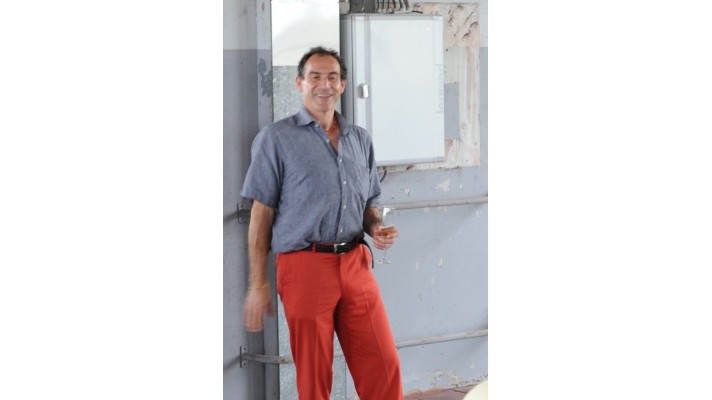 According to Joep van Lieshout, a number of new cultures can develop within the foreseeable future as a result of our extremely high-tech and complex society, in which over-consumption and a limited amount of natural resources play a critical role. Once all of these resources have been depleted, the relationships between individuals will harden and survival instinct will kick in. AVL’s most recent series of sculptures articulate this theme. The transfixed figures stand as a monument to both war and heroism. The question is posed as to whether or not the radical changes that accompany violence, but which can also lead to a new and improved society, are desirable. This hair-raising vision of the future brings into focus the boundaries between good and evil, man and machine, and consumption and production. Alternatively, an endless circulation is created, in which waste is synonymous with fuel and life is related to death. This installation was put together from the Cradle to Cradle installation (2009-2010) and Monumental works from 2010. The works of art are made from Japanese rice paper and several are painted with blood. They all have a soft look, despite the ‘hard’, realistic theme.

Currently there are no art works available.