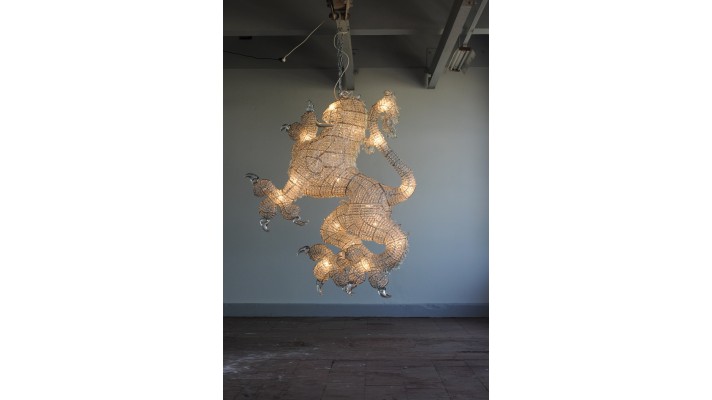 Hans van Bentem’s ‘chandeliers’ are now famous. These unique objects illuminate the homes of royal families, celebrities like Madonna, and various museums, such as the Escher Museum in The Hague, for which he created fifteen chandeliers in 2003. This former Philips factory is now also serving as a‘chandelier showroom’, where chandeliers from Hans van Bentem are on permanent display. This exhibition is the official start of our collaboration.

The sizes of the chandeliers vary in height from 75 cm to 10 metres and are produced using traditional methods. Van Bentem primarily collaborates with Czech glassblowers and Chinese artisans. As a student, he created enormous wall paintings in coffee houses and, as a sculptor, was known for his oversized ceramic sculptures at schools, shopping centres and squares. Personally, he has a strong preference for art in public spaces, particularly outdoors. Van Bentem aspires to engage people directly. “It doesn’t matter what they think about my creations, but that they have an opinion about them,” he explains.

The artist is an omnivore and an almost obsessive cross-breeder of styles. He draws on art history, comic strips and contemporary visual culture. At first glance Van Bentem’s visual language refers mainly to today’s trendy visual culture, clearly at odds with the traditional craftsmanship used by the artist to create his objects. This, combined with a magnification of the selected themes and material usage, gives his work an alienating effect and requires a double take.

It is difficult to define Van Bentem’s work, since no one term does justice to his oeuvre. ‘Art for boys’ perhaps covers the fascination with mechanics that these objects proclaim, but fails to take the poetic aspect into account. ‘Hard pop’, on the other hand, clearly describes the style, but does not give the objects their due. Van Bentem prefers to use the word ‘artoonism’, a term derived from the Rotterdam group of artist the Artoonists, of which he was a member and that created on homage to Marten Toonder (2002) on behalf of the Municipality of Rotterdam.

The four artoonists draw their inspiration from cartoons and mass media products like advertisements and packaging. Van Bentem characterises their style as follows: “Heavy-handed downplaying humour, an approach similar to putting together a do-it-yourself kit (…), not over-the-top, but definitely with style.” 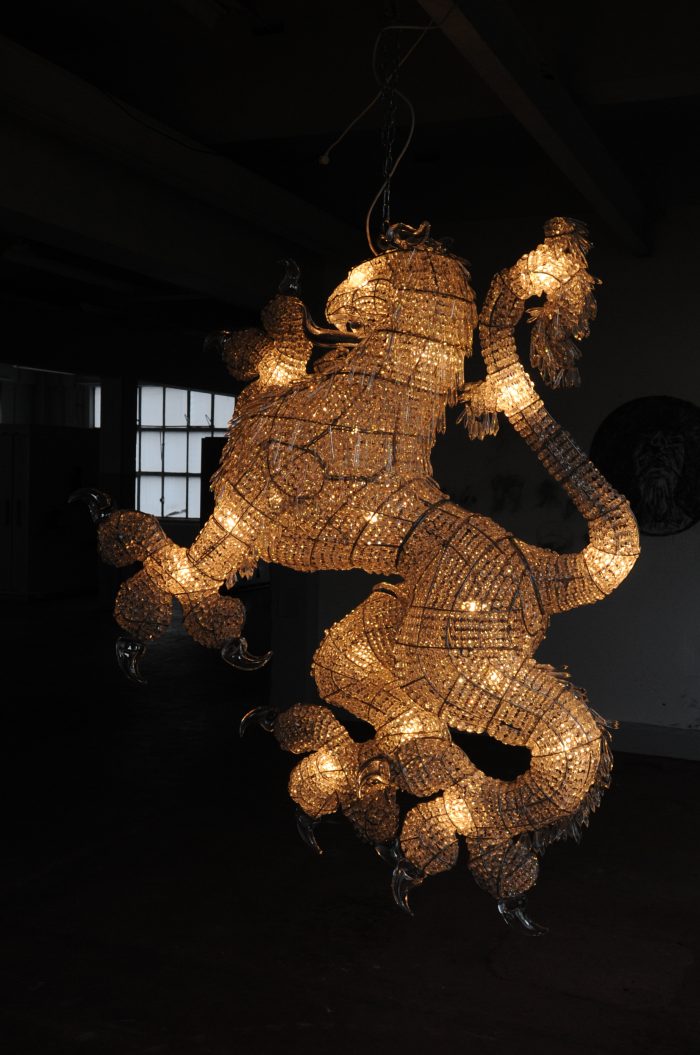