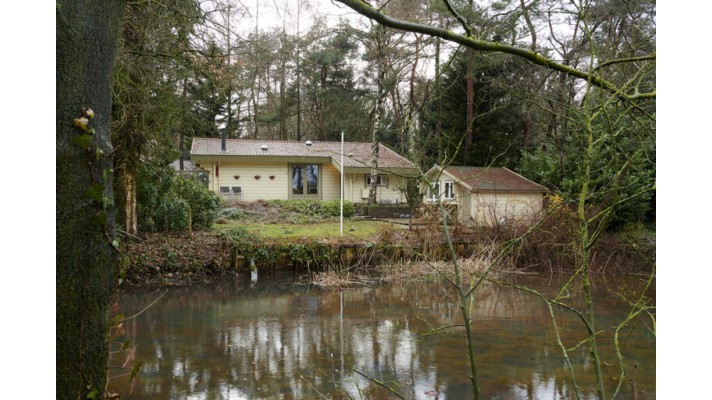 What do you do if you find yourself in a holiday park where you are also allowed to make your permanent residence? Renovate of course! Who wouldn’t want to be on holiday every day?! The little house in question lies on the edge of the park with a view over the fields and facing greenery and a pond to the south. Due to the layout and a little shed on the side, the existing building only partially made use of the open space, sunshine and nature. So, the most important alteration for us was to change the layout and the facade. The house had to be opened up towards the reason it was actually built here (the water and nature).

Architectural alterations were also needed; at the time, it was built to very different standards as a holiday home (especially for weekends and the summer months) and now it had to adhere to much more stringent demands and wishes as a permanent residence. The house was renovated using the same materials wherever possible, but also fully insulated.

Without it being one of the basic objectives, this building project has become a great example of circular construction. The house is fitted with a new floor, including under-floor heating and insulation. As such, the house had to be completely disassembled and then built back up again. The choice was made to re-use as many beams as possible, but also the rafter. Some frames were moved and the façade we took down was used to make new internal walls. Adding a conservatory/skylight with a hearth and kitchen in the centre created a pleasant living area in the middle of the house and in the middle of nature. Adding an extra angle to the roof surface has opened up the construction towards the pond. The original building, with wooden beams in full view, was actually also the starting point for the design of the extension.

The result is a small yet light home, surrounded by nature.