Designing using existing opportunities
The material, technique and craftsmanship are always the starting point for my designs. I only recently realised that the core of my working method could perhaps be even better described as designing using existing opportunities. This may seem logical but most designs (not mine) originate from a desire to create something new. For these designs, it is almost self-evident to search for new techniques, materials and applications, while existing ones are passed by. The ultimate pleasure which I take in making the most obvious and simple yet new designs with the available machines, materials and techniques has created a large number of objects where respect for the materials used plays the key role.
The waste project whose indigestible conclusion is that waste is often not waste, but degenerates into waste because labour is so expensive, was the inspiration for a series of ‘waste products’. Each of the products is made of scrap material. We recently took the concept and the idea even further, and we have even made new products using waste from the waste products (the 40×40 collection). 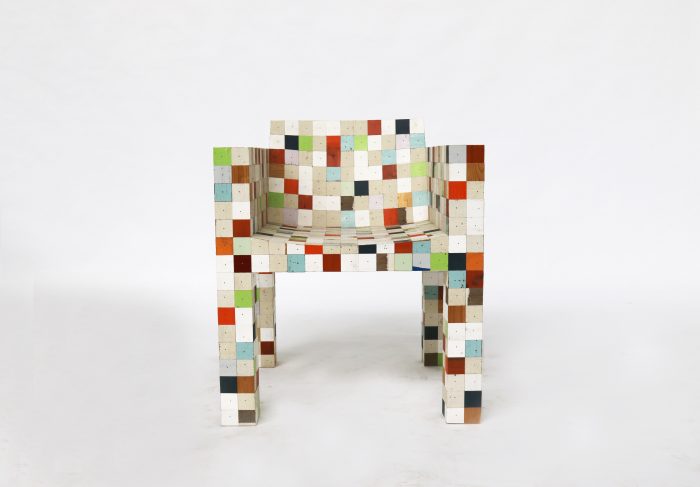 Everything of no value
Is the climax or apotheosis thus to create things that are increasingly smaller or more unique? Making items with more work from even less valuable material? Apart from the products which are created, this process doesn’t really add much. For years, I toyed with the idea of making sculptures out of waste, not scrap material, but real waste. Busts, classical images like those which the Romans made and which almost represent the greatest possible value. Not scrap material but waste, waste which everyone simply throws away. Bottle tops, cartridges, jerry cans, tins. In fact anything of no value. By turning waste into a classical form of art, we perform the largest possible increase in value, something very valuable is made of nothing. The material, which has always been the starting point for me, is literally placed on a pedestal and you could say that the actual starting point ‘creating with what you have to hand’ is taken to the extreme. 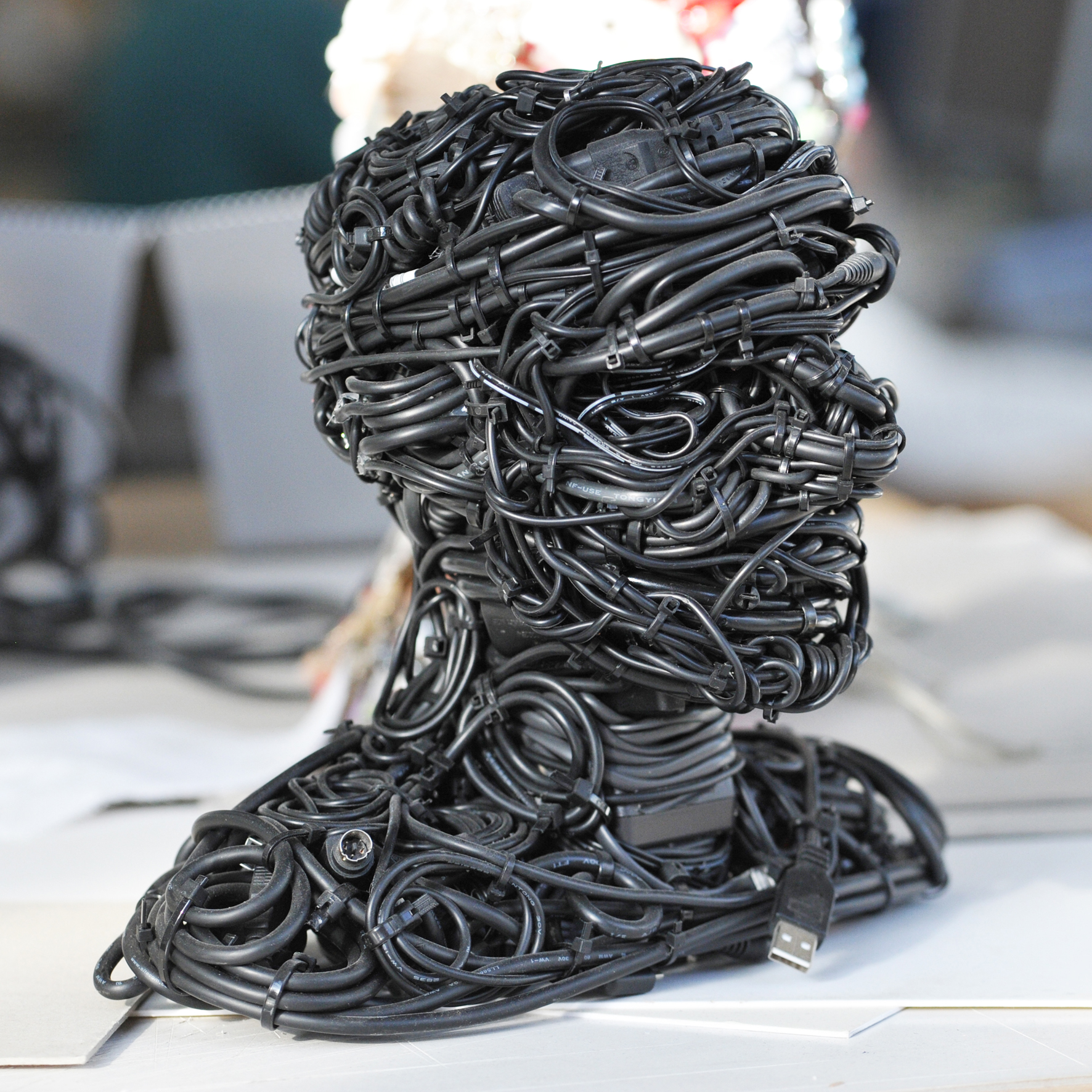 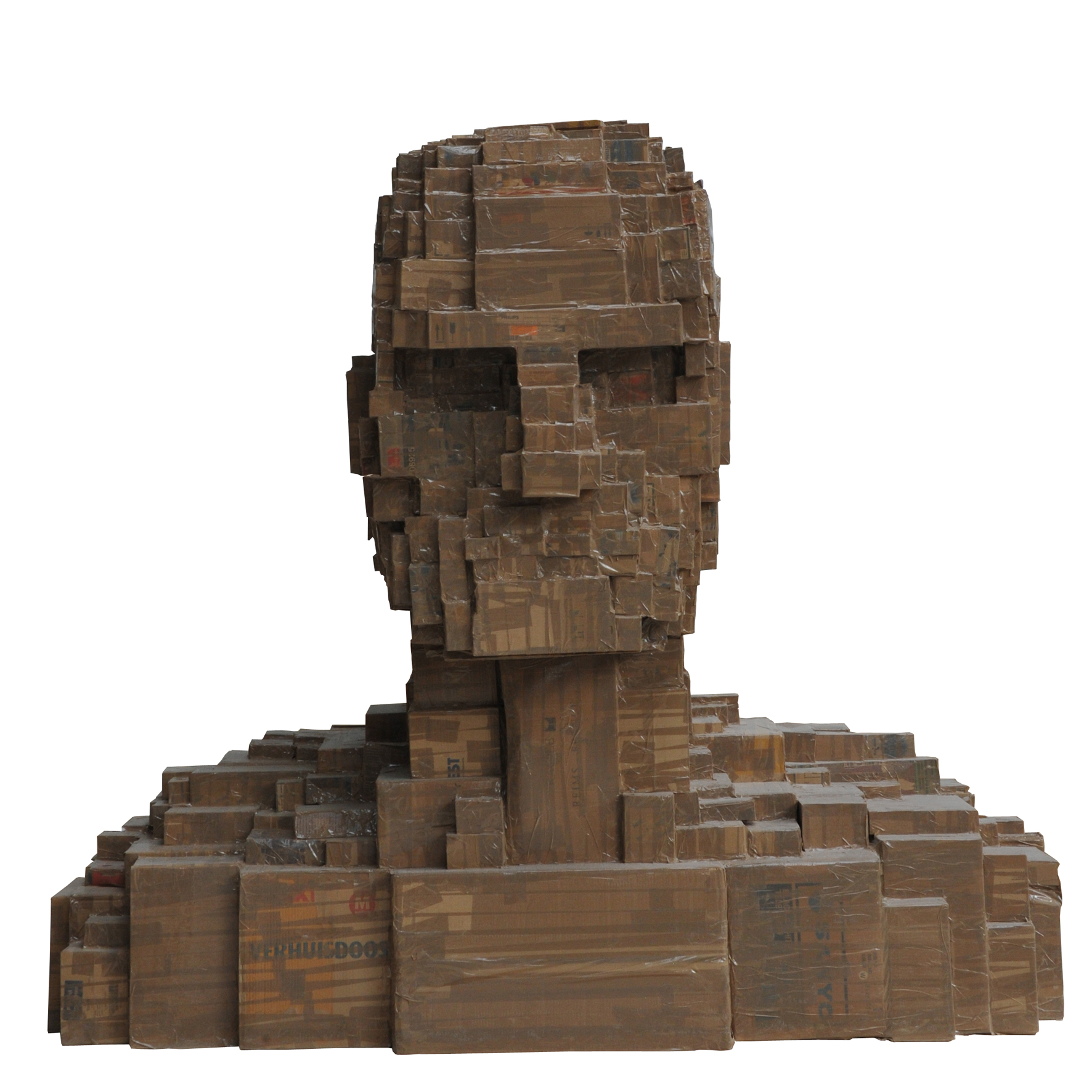 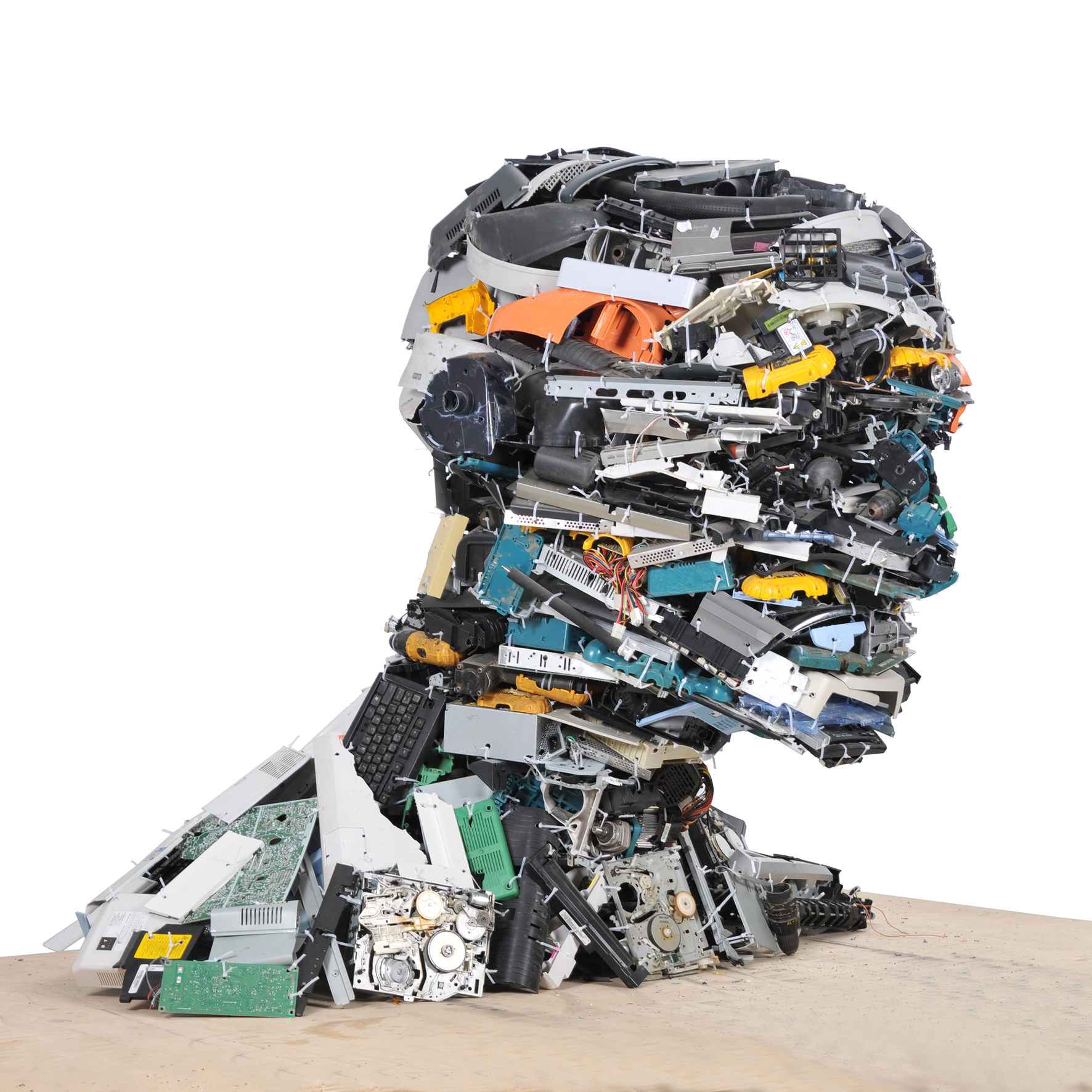 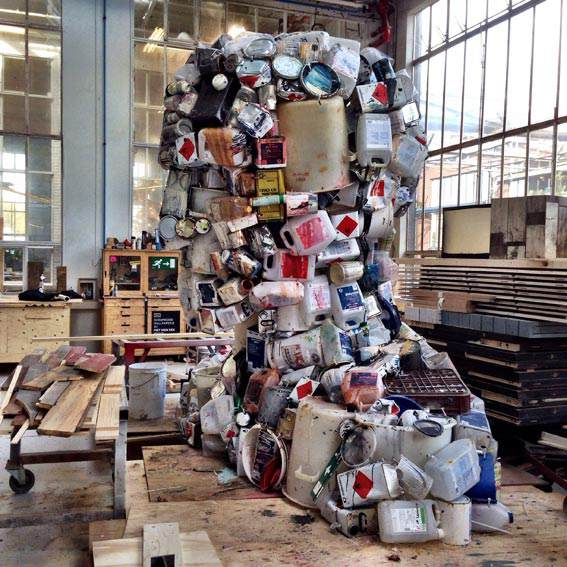 Self-portraits
The most confrontational aspect is that the busts inexorably show us how much we throw away. Because in a way, my and our waste are self-portraits in which the waste with which I surround myself and which I produce is the starting point. The sculptures ‘de Werkplaatsman’ (The Workplace Man), ‘de Thuisman’ (The Home Man) and ‘de Vakantieman’ (The Holiday Man) have already been created with varying degrees of success. More ‘men’ will follow soon.
Process
Previous attempts to make the busts with the help of others all failed miserably. But this time it worked. It always seemed impossible for those who worked for me on the sculptures to accept that waste really is waste, and that it is only by piling it up that it becomes a sculpture. Exactly like bricks: each brick on its own is nothing, but together they make a wall, and together walls make a building. The architect thinks about the brickwork and how the walls fit together, but the brick itself always remains of secondary importance. How difficult it seemed not to place the container which almost formed an eye or a nose, and how quickly the image then degenerated into a sculpture made by a bricklayer. The busts had to be like an architect’s buildings, with glorified waste in a subordinate role. 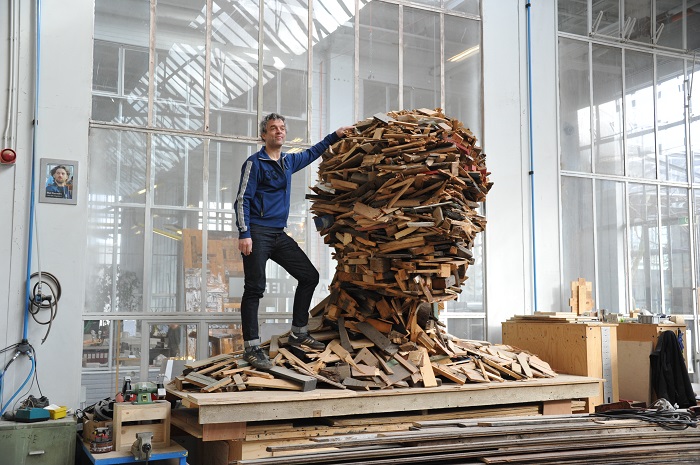