Saturday morning, 3 March, at around 10am, Cok called me. Cok is Dick’s other half and together they have the Frozen Fountain, a rather avant garde interior store in Amsterdam. They were the first to sell our products and together we grew to become what we are today. We’ve worked together for 26 years.

‘I have to tell you some bad news’, began the conversation. He told me that Dick had passed away, drowned in Brazil where he was visiting his daughter. The call took some time and wasn’t about anything really, or perhaps it was about everything; because what can you say if you can’t think straight and you’re thinking of everything and nothing? Cok hung up, I cried and sat at my desk where I always work, but I didn’t get very far. It was pointless to keep sitting there so I went home; but even sitting on the couch it was just as pointless. 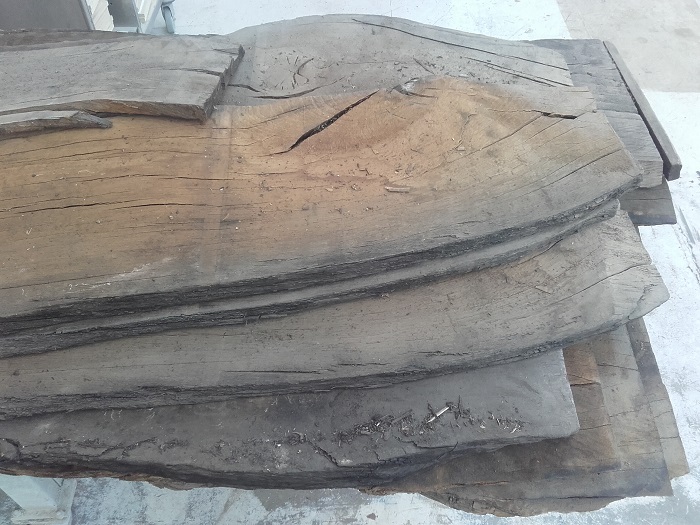 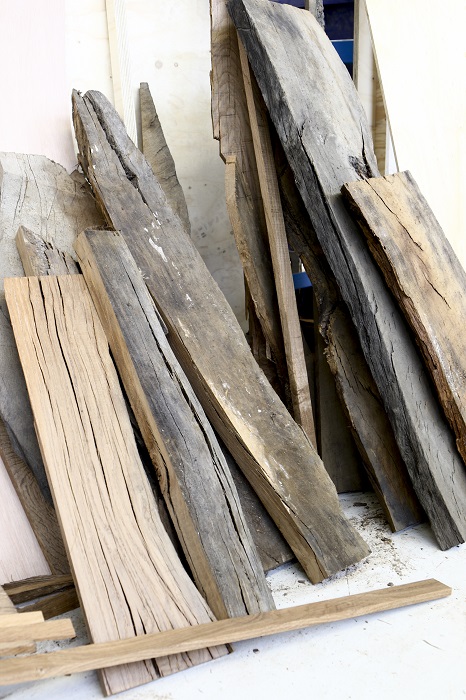 I want to make the coffin, I thought. What had been ordinary for 26 years was no more; in one fell swoop it had become extraordinary. Fortunately, Cok called me afterwards wondering whether we wanted to make the coffin. After some input and with permission we chose the oldest, worst wood that we had. The old oak was beautiful but there was nothing we could do with it because it was falling apart with such deterioration. It would seem we had kept the wood for no good reason when suddenly it was destined for the most wonderful purpose yet. 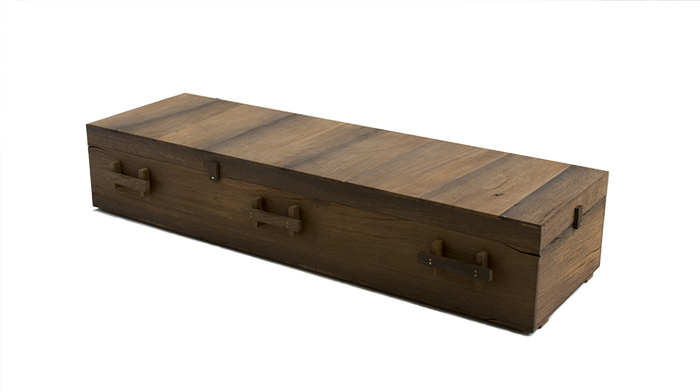 The service was in the Goudfazant in Amsterdam. It was beautiful, and the significance Dick had for many people became fully apparent. The Goudfazant was jam-packed with friends and designers. Many designers, I’d say almost all the designers, were from my generation and younger. We all bade farewell to this very Dick, the person we had gathered together for, and loved, and who especially loved us and the world.

I would normally not write about something like this but I decided to share my experiences, admittedly briefly but with great sincerity, because in the days following the service I became aware of what had happened. Dick from the Frozen Fountain had passed away and hundreds of designers came to his farewell. Apparently, it was important for all these people to come, because some even jumped into a plane (they were not the first). I realised that I actually don’t know anyone in our industry who got people moving, except for Cok.

There are enough foundations, organisations and companies to stimulate the purpose of design, but no one comes close to what the Frozen Fountain means and what Dick meant to Dutch design. No policy plans, no subsidy, no junkets, but just 26 years spent working on something he believed in and that made him happy. No extravagant income or reward other than the significance that he had for me and now we see, for so many others too. Fortunately, Cok continues to be of significance, along with the whole team at the Frozen Fountain.

<< back to blog posts