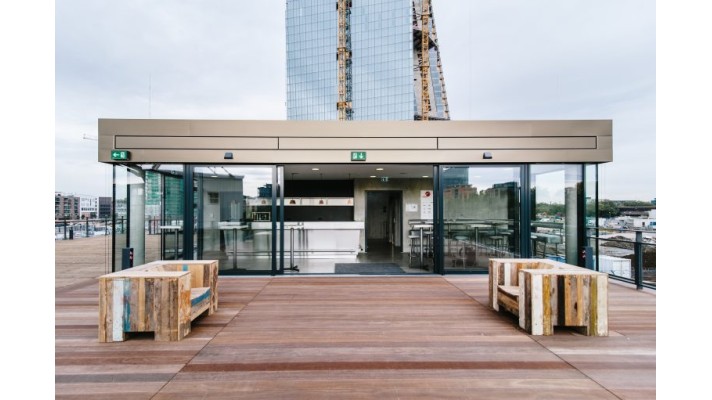 DAS OOSTEN FRANKFURT Thomas Klüber had visited us several times. The first time was even back in our last premises in Geldrop. The reason for this was to let him check out the feel of the place, and to lay the foundation for a project of his. He wanted to start a restaurant, under an old crane, in the eastern harbour in Frankfurt, at the foot of the high-rise ECB head office, and we were to do the interior. Much later, when the dust of moving premises and renovating began to settle here, the commission was confirmed.

As opposed to a classical restaurant set-up, we wanted to go for a more provocative and unexpected solution. The idea of a chaotic set-up was born; a huge beam bench, but made of cushions, covered with old fabric from army tents, would form the centre point of a mad, chaotic number of tables, chairs and lamps placed in the space. This way, guests could choose where and how to sit, and assemble their furniture. Naturally, the reality was more difficult than anticipated, but an advantage of the concept was that we could easily keep making changes, as long as the seat satisfied the criteria.

Thomas was greatly taken with the black outdoor beam benches which we had made for our restaurant, and asked us to design some for him too. There was one snag: he wanted the tables and benches to be adjustable in height, because of the different use of the spaces. So we made frames of pipes and steel plate, on which, again, the beams could be assembled in the easiest way. Despite the robust size of the beams and pipes the furniture has a very classic look. 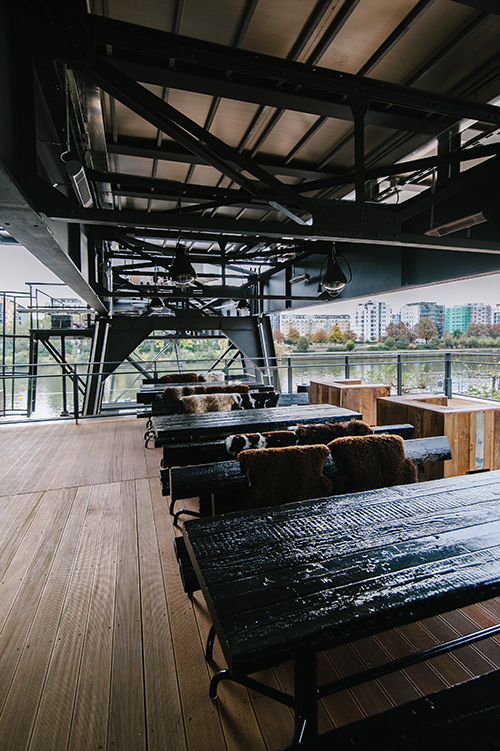 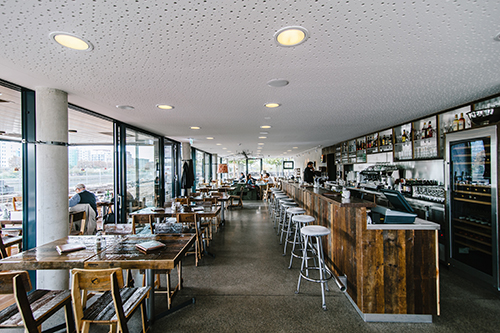